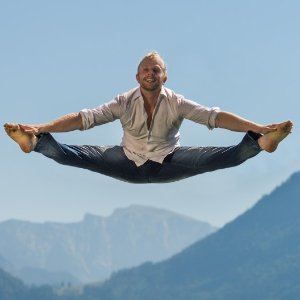 Bram graduated from university in Leuven(Belgium) as Master in Movement Science. He than went to study at the jazz and musical dance department of the “Amsterdamse hogeschool voor de kunsten” in the Netherlands.

Bram is responsible for the choreographies at Vilja and is artistic and business director.